The early history of Pipe Green is not well documented. It is inferred, from 18th and 19th century records, that the residents of Beacon Street acquired, possibly as early as medieval times, 37 acres of land, known as Pipe Green. The land was used for the poor inhabitants (widows) of Bacon (Beacon) Street to graze the land as pasture for their geese and livestock. The land was marshy with osier beds and Leomansley Brook ran across the Green. To this day, even after extensive draining, Pipe Green is often referred to as “the Mogs” (marshy land). 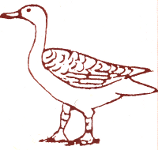 Over time, the grazing rights were abused and in 1793 a legal document was drawn up, in which the Pipe Green Trust was formed. Membership to the Pipe Green Trust was restricted to householders of Beacon Street. The Pipe Green Trust controlled access to the Green: it was closed for grazing between February and May each year, no person was allowed to pasture more than 2 head of cattle and a fee of 3s 6d was charged per animal per annum. Half of this money was used for improving the Green and the other half was given to the poor (widows) of Beacon Street as a distribution at Christmas. A constitution was drawn up and a committee was appointed. A Pinner was appointed to round up stray animals and an Inspector ensured that only householders who had paid their subscription, were allowed to graze their cattle. The original document resides in the records section of Lichfield Library.

In addition to this documentation, we are very fortunate to have the original agreements relating to Leomansley Mill as well as Maple Hayes. We also have, in Lichfield Record Office, the account books, which give us a detailed record of payments dating back to 1793, as well as minutes of Annual meetings of the Trust from 1932. All these give us a fascinating insight into how the land was used, how it was managed and who the people were. For example in the late 19th century it seems as though moles were a problem on the Green and mole catchers were hired, at a cost of 10s 0d (50p), to deal with the problem.

By the 1920s, there was less demand for grazing and during the Second World War the Ministry of Agriculture was interested in ploughing the Green for crop production: fortunately this never occurred and the meadowland habitat was preserved!

In the 1980s, with the expansion of Lichfield, Pipe Green became an important recreational area: locals would regularly walk across the Green to Leomansley. In addition, Pipe Green formed part of the route of the Darwin Walk, as well as the Heart of England Way. It was during the 1980’s that much work was done on the Green to protect the meadowland habitat and this work has formed the basis of our present management plan. Today we are fortunate to have a small group of enthusiastic members to continue with this conservation work and to preserve this rare habitat.