Bees and Hoverflies species you may see on the Green

Bees and Hoverflies species you may see on the Green 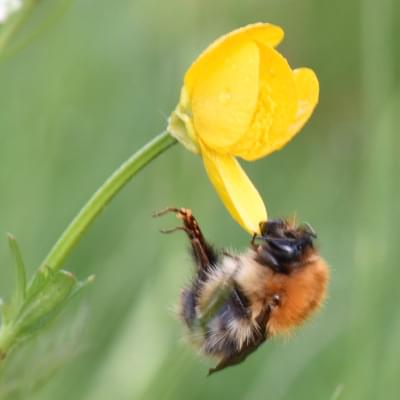 Characterised by having a furry ginger thorax and looking a bit like a teddy bear(!) this species can often be found on the Green. It is a social bumblebee and its nest may contain as many as 200 workers. It emerges in early Spring and flies through to Autumn. 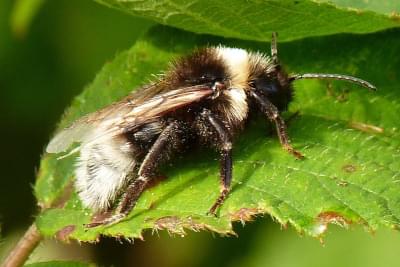 This is a fascinating bee, which as its name suggests, is a parasitic bumblebee, which takes over the nest of another bee (usually a white-tailed bumblebee). The female infiltrates the nest, kills the host queen and then tricks the workers into rearing her young! 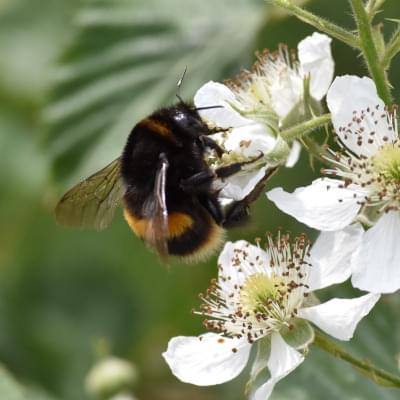 This a common species that is found on the Green often feeding on the bramble or thistle. It is one of the easier bees to identify and has a thick yellow band across its abdomen and a white tail.

This striking hoverfly, is so called as seemingly the markings on the thorax are similar to a human skull (not sure I can see that!). They are often found feeding on the bramble or thistle on the Green. 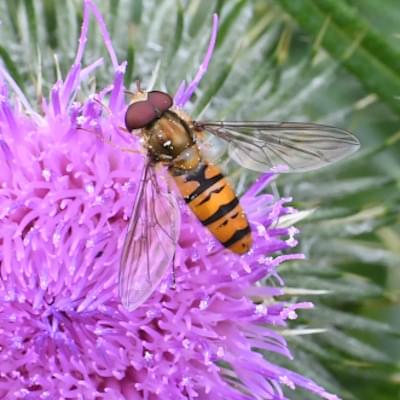 The orange and black bands give this colourful hoverfly its name. It is a very common species and can be seen in gardens as well as on the Green. They are very useful insects to have around as they feed mainly on aphids.

© Pipe Green Trust — unless stated otherwise, the Creative Commons Attribution-ShareAlike license (CC BY-SA 4.0) applies to the content on our website.